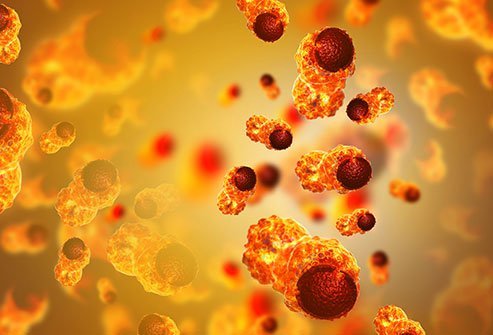 Non-melanoma skin cancer forms from skin cells other than melanocytes. It is more common on the head, face, neck, back of the hands, arms and legs, as they are the areas most exposed to the sun’s rays.

Skin cancer is the degeneration of normal skin cells in abnormal or cancerous cells. Non-melanoma skin cancer differs from melanoma. It forms from skin cells other than melanocytes (cells responsible for making the pigment that gives skin, eyes, and hair its color).

Non-melanoma skin cancer is most common on the head, face, neck, back of the hands, arms, and legs. This is because these parts are more exposed to the sun’s rays.

Exposure to the sun and sunburn are the most common cause of these types of tumors. The damage produced by the sun accumulates over the years, so the more exposure to the sun (or tanning booths) has been throughout life, the greater risk of skin cancer will exist.

Most common types of non-melanoma skin cancer are:

The symptoms of non – melanoma skin cancer affect the aspect of the skin. These types of tumors appear as abnormal areas of the skin. They can be pink, reddish (erythematous) and inflamed lesions, scaly (dry), bleeding lesions.

In the specific case of basal cell tumors, they are usually small raised, pearl-like lesions with tiny reddish threads ( telangiectasias ), which tend to form a small ulcer in their center as they grow.

In squamous cell tumors, they are usually reddish skin areas, which tend to form scales, which can later ulcerate or bleed.

Some people (especially those with very fair skin) develop scaly, rough, or rough lesions, called actinic keratoses; These lesions are most frequently found on the skin of the face, pinnae (ears), arms, or scalp (especially in people with alopecia ), and can become malignant and become skin cancers. These lesions are often removed to reduce the risk of this happening.

Any lesion suspected of indicating skin cancer should be examined by the doctor for a visual diagnosis or using digital dermoscopy. You can follow-up on the lesion. If considered indicated, a biopsy will be performed (remove part or all of the lesion).

The clinical diagnosis of skin cancer (non-melanoma) by the dermatologist will also include exploring the nearby lymphatic territories to determine the presence of affected lymph nodes, which in some cases have to be biopsied if necessary.

The type of skin biopsy to be performed will depend on the type of skin at the dermatologist’s discretion. Still, in some circumscribed, localized, and raised lesions, it is easy that with techniques such as curettage or similar, the biopsy itself serves to excise the lesion with wide skin margins to altogether remove the tumor.

Given the suspicion of locoregional or distant spread, the study should be completed with other imaging tests (ultrasound, CT, MRI – magnetic resonance ), analytical tests, etc.

<strong>How I can improve my business performance?</strong>

What are The Causes to Join a Fitness Center?

Author TechtimePosted on January 24, 2022January 24, 2022
Fitness centers can provide you with stabilized health and mental levels. Without fitness on daily basis, you can face a lot of health-related issues...
Read More

Diets That Are Supported By Science

Author TechtimePosted on June 10, 2020June 10, 2020
Diets That Are Supported by Science The key is finding you while diets Might work for you. Enjoy and can stick into in the...
Read More

Author TechtimePosted on April 23, 2020May 24, 2021
Sometime in the distant past, issues in the bedroom stayed in the bedroom. Today, sexual troubles have moved into the open gratitude to tranquilize...
Read More