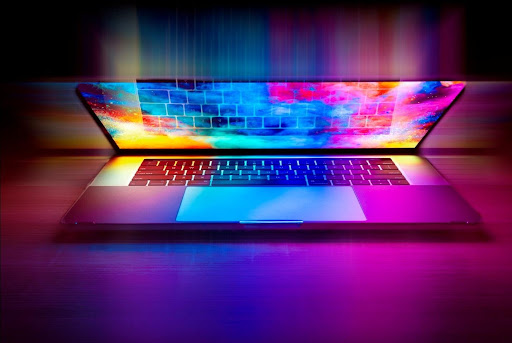 The holidays are upon us, yet again. Which of course means we’re going to be searching for the Laptops perfect gift for all those special somebodies in our lives. This can be seen from the fact that holiday spending continues to increase with each passing year.

This year, many of the people on our shopping lists are going to be looking for the latest laptops. We’re basing this prediction on the surge of consumers buying a laptop at the end of last year.

If you’re looking for the latest laptops with the best laptop performance, we’ve put together a guide to help you find the fastest laptops for you!

How to Find the Fastest Laptops

There’s no such thing as a “one size fits all” laptop. At the end of the day, a laptop is a tool. There are many different kinds of tools for a dizzying amount of applications.

We mention this as the term fastest laptops is a bit of a misnomer – or an over-simplification at least. Fastest at what? And for whom?

With that being said, there are some universalities among the fastest laptops. A powerful laptop processor is going to speed up your computing, make no mistake. So will ample amounts of laptop memory and a laptop GPU.

Think of this article as a checklist to help you think about what sort of dream machine will best suit you or whoever you’re shopping for.

The first thing you should ask yourself when you’re searching for the fastest laptops is what kind of operating system you intend on running. This is going to impact every other decision you make about your new laptops.

While there are numerous Operating Systems available, for the most part this boils down to two choices. Windows and iOS are by far the two most prevalent Operating Systems, especially for laptops.

One operating system isn’t inherently faster than another. With that being said, there are some things you should keep in mind if you’re optimizing your laptop for speed.

Windows and PCs tend to be great for gaming, for instance. It also tends to come installed with a lot of bloat. If you’re considering a Windows system that you want to be fast, you’ll need to spend some time customizing your system for peak performance.

iOS and Macintosh tend to be lightning-fast for anything involving visual processing, on the other hand. It features an entirely different philosophy than Windows’ more hierarchical approach. If you’re a visual artist looking for the fastest laptops for video editing or processing photos, you’d do well to consider a Mac.

Once you’ve decided what kind of Operating System you’re looking for, you’re ready to pick out a Central Processing Unit (CPU), or processor. Think of the processor as your new laptop’s brain, which will dictate what it’s capable of.

Like Operating Systems, there are a lot of different processors you could choose from. There are two main manufacturers for computer processors, though. Intel and AMD are the two names you should be juggling when you’re deciding what processor is right for you.

The main Intel processors are:

Each chipset is followed by an assortment of acronyms and identifiers. These will tell you what that particular processor is capable of. Learning to read those identifiers will make choosing between the right laptop processor much easier.

Consider the following taxonomy – the Intel Core i5-10510U. The “10” tells you this is a 10th-Generation chip. The “510” refers to how powerful that processor is, but only in the context of that particular chipset. The 10510U would be more powerful than the 10210U, for example.

That means the i7-10510U would be substantially more powerful than the i5 variant.

The only other thing you need to remember is the letter at the end designates specifications for that particular processor. The only one you really need to focus on is the U, which means ‘optimized for battery life.’ If you’re planning on doing a lot of computing away from dedicated outlets, you’d do well to choose a U-series processor.

As is so often the case with tech manufacturers, AMD also has its own complex system for naming its processors.

Consider the name AMD Ryzen 5 3600X. The 3 refers to the generation, where higher equals better. The 6 designates how powerful that chipset is. The next two characters are simply placeholders.

Comparing and contrasting Intel and AMD processors is difficult. To get a clear reading, you’d do better to compare similar generations. You’d want to contrast an Intel i5 against an AMD Ryzen 5, for example.

Generally speaking, however, AMD processors tend to perform better on graphically intensive activities. That means if you’re looking for laptop features for video editing, image processing, or high-end gaming, you’d do well to go with an AMD processor.

All laptops have a graphics card. Not all graphics cards are created equal, however. It can make or break the system, depending on what you’re intending on using your laptop for.

This means the integrated graphics card shares resources with the system, as well. They also tend to be smaller, quieter, and use less power, however.

This makes their performance significantly faster than discrete graphics cards.

If you’re a serious gamer or planning on getting into visually intensive activities, you’d be advised to pick out a system with a laptop GPU. Some graphics software won’t even run without a GPU.

Even if you’re not planning on doing any rendering, you won’t believe what a difference it will make on your laptop’s performance.

You can never have enough RAM. Random Access Memory makes whatever you’re planning on doing with your laptop possible. Whether you’re going to be gaming, doing homework, browsing the web, or making computer art, you’ll need enough RAM to be able to pull it off.

As a starting point, if you’re a Windows user you should look for a laptop with at least 8GB of RAM. If you’re going to be doing more memory-intensive applications, it’s a good idea to get at least double that. 16GBs of RAM still isn’t that expensive, and it will really put a zip in your laptop’s step.

You’ll also want to check to see if the RAM is hard-wired to the motherboard. If it is, you won’t be able to upgrade your system once you have it.

If you’re going to do anything with even heavier demands, like rendering 3D graphics, you might want to consider upgrading all the way to 32GB. The same goes for high-end gaming laptops.

Like with RAM, you can never have too much hard drive space. This is particularly true today when hard drive capacity is inexpensive and modern media is so bulky.

As with RAM, you should get as much hard drive space as you can afford. Considering how large many programs and files tend to be these days, we recommend having at least 500GB, at the bare minimum.

You’ll also need to decide between a standard spinning drive or a newer Solid State drive. Spinning drives are quite a bit less expensive, but they’re also less reliable. Solid-state drives are faster as well as more reliable, but you’ll probably need to settle on a smaller capacity.

This isn’t that much of a problem, however, as external hard drives and cloud storage are so cheap and plentiful these days. You can always scale back on the size of your hard drive if you need to save on resources when you’re buying your laptop. Then you can supplement with external storage when you need it or have more resources.

Taking the time to go through the specs to find the fastest laptops pays off in dividends. It helps you to find the perfect machine, like the Intel Evo laptop, for your particular needs.

Whether you’re a competitive gamer looking to level up or a programmer looking to cut down on processing time, finding the laptop that matches your personal needs sets you up for success! It also helps you to allocate your resources wisely.

If you’re working with limited resources, this may mean not being able to afford the biggest Solid State hard drive. Knowing what you’re looking for, and what’s out there, will help you get the fastest laptops you can find for the best possible deal.

If you’re looking to keep up with the latest, wildest, most interesting uses of technology, browse the rest of our Tech articles today!

Deductions Every Small Business Owner Needs to Know About

Why You Should Use Mobile Phone Tracking App?

Author TechtimePosted on December 16, 2020January 25, 2021
One of the most amazing social revolutions of the century is taking shape around us. In this era, kids and teens are engrossed in...
Read More

Author TechtimePosted on May 29, 2021May 29, 2021
GE Tracker is known as the most progressive  Flipping earning and tool used for Old School RuneScape.It is free to use but its premium...
Read More

5 Best Free WordPress Theme You Can Use For Your Websites

Author alltechtimePosted on December 14, 2021December 14, 2021
Introduction  Having a visual attraction is suitable for the readers and visitors. It impacts the website positively. Almost in every case, people judge company...
Read More

Why Vent a Portable Air Conditioner?

Author alltechtimePosted on November 16, 2021November 16, 2021
The basic mechanism of every type of air conditioner includes drawing in the hot air from the surroundings and delivering cool air to the...
Read More