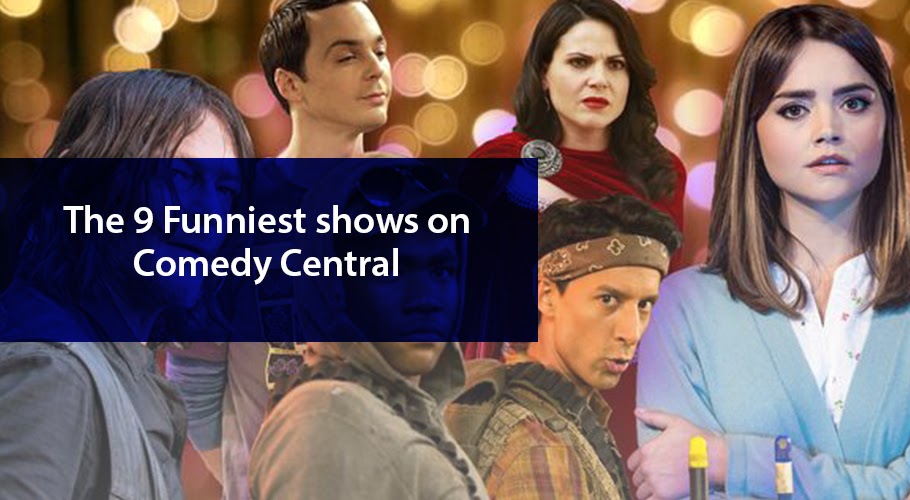 Who doesn’t love a good laugh? Comedy shows are all the hype now. Lucky for us, we can find all the best comical sitcoms, shows, feature films, and standup comedies on Comedy Central. It’s a one-stop-shop for ‘all things funny.’ They offer the type of content you’d enjoy watching after a day’s work. The ViacomCBS owned network has changed the dynamic of TV programming since its launch in 1991. Since then, it has made a place in people’s hearts.

The network targets a mature audience for content production, which brings some fantastic comedies to our TV screens every now and then. Comedy Central’s original programming offers a wide entertainment buffet giving everyone a chance to try and enjoy new comical programs. You can catch the Comedy Central channel on networks that cater to mature audiences, like AT&T DIRECTV. If having Comedy Central on your channel list is a must, subscribe to any DIRECTV package and enjoy streaming your favorite comical sitcoms, talk shows, films, and standup comedies in HD!

Finding what to watch on Comedy Central isn’t much of a challenge. Since the channel offers everything literally, from political shows and talk shows to strand up comedies and scripted TV shows, you can easily find your mood fixer. To make it easier for you, we’ve compiled a list of the top 9 funniest TV shows on Comedy Central. Now sit back, relax, and dive into these Comedy Central classics.

Who doesn’t love watching a real-life scripted sitcom? Speaking of, Office-based sitcoms are the best, mostly because we can relate to the characters and scenarios. While The Office holds the #1 spot in this category, Workaholics should be ranked second. While it doesn’t get the same kind of recognition and love, it’s an equally entertaining show with a great case. Written by the 3 main actors themselves, Adam DeVine, Blake Anderson, and Anders Holm, the show focuses on three friends who work together and live together as well. It’s consistently funny and quirky. If you’re a fan of office-based sitcoms, Workaholics on Comedy Central is a must-watch.

Key & Peele is a sketch comedy classic featuring Keegan-Michael Key and Jordan Peele playing different characters, poking fun at societal and cultural norms, satirizing racial tensions, and sharing banter between 30 minutes sketches. They have an amazingly unique chemistry, which makes the show even more fun to watch. The duo does an excellent job of delivering messages in a bold yet funny manner.

If you’ve watched the ‘Weekend Update’ skit on Saturday Night Live, then you’re going to love The Daily Show. It takes on top news stories with a satirical touch. The purpose of the show is to give and discuss top news updates sardonically.  Other than news updates, the host, Trevor Noah, calls over celebrity guests and interviews them. The show is famous for prodding and poking public political figures and the reason being, not everyone likes to read a news journal or listen to boring and bland news updates, so news satire helps the younger mature audience understand current affairs better

South Park has been airing since 1997. This animated comedy series revolves around the lives of four 10-year-old curious boys who always end up on odd adventures. South Park is a small town filled with odd stories, and the boys can’t help but seek new adventures every day. The show is more than just a cartoon series. It talks about social issues and current events through the eyes of 10-year old kids.

Dave Chappelle is known as the legend of comedy sketch shows. Chappelle’s show made it a point to talk about racism and stereotypes through skits. In just 28 episodes, Dave Chappelle made a place in people’s hearts through his sense of humor and intriguing knowledge. If you’re looking for a light comedy show you can unwind to, this is it.

Abbi Jacobson and Ilana Glazer are two girls living the millennial life in New York City. The show is packed with hilarious, quirky, and heartwarming scenarios between the two. This short comedy series is relatable on so many levels because of the subject each episode talks about. This web series is quite different from others and appreciated enough because of the chemistry, dedication, and humor Abbi and Ilana share through their characters. see 50 most popular women wallpaper

Like The Daily Show, Stephen Colbert hosts The Colbert Report in the same manner but more politically focused. The world-class comedian leads the show by discussing top news stories satirically and shifting the audience’s focus on subjects that should matter. He doesn’t leave any stone unturned and makes sure to talk about the smallest current events. His show ultimately defines the importance of happiness when things aren’t going well. You will definitely end up sharing a laugh here and there when you watch this.

You might’ve guessed from the name what this show is probably about. Forrest MacNeil is a critic who doesn’t review movies, songs, shows, or. Instead, he reviews things that happen in daily life and asks his viewers for suggestions and input. It can literally be about anything. Whether it’s a problem or an event, Forrest makes sure to be thorough and professional when spoofing his reviews. His reviews can be about having a mother, eating 10 waffles, stealing a nickel or doing drugs, and breaking laws. He does what the viewers suggest. That’s where the hilariousness of the show kicks in.

Futurama is a classic animated series created by the maker of The Simpsons, Matt Groening. The story revolves around a 25-year-old adult, Philip J. Fry, who works as a pizza delivery guy. The story unravels when he freezes himself on New Year’s Eve and wakes up 1000 years later in the future. He then starts working for a delivery service and befriends an alien and a robot. However futuristic and insanely unpredictable the story may seem, Futurama has done a brilliant job at putting it all together. If you’re into adult animated shows and love silly plotlines, then Futurama is the perfect show for you.

Baldwin Jackson is a successful digital marketer with expertise in search engine optimization and content marketing. The perfect balance of his analytical ability and creative thinking is what sets him apart from other practitioners in the digital marketing realm. He has helped a lot of small and medium-sized businesses in crafting their digital marketing strategies that are not only cost-effective but delivers results as well.

Baldwin is also a proud father of two kids and a Sports enthusiast. When he is not working, you will find him watching ESPN and NFL network. He has been able to get an amazing package on his favorite channels from Buytvinternetphone.com.

How To Bring Positivity In Your Life?

Which Wedding Photographer to Choose in Surrey

Author TechtimePosted on June 12, 2020October 13, 2020
Benefits of hiring a Professional Photographer 1. Proficient experience is everything In addition to the fact that you are paying for a Photographer’s time...
Read More

Author TechtimePosted on August 20, 2020October 18, 2020
At the point when you consider golf breaks, Turkey is likely not the primary goal that rings a bell. Be that as it may,...
Read More